There’s not much unconditional or guaranteed in life that won’t break your heart. Everything else really sucks…it hurts…and you can feel like you’re alone. You’re lonely, you’re reserved to it. That’s how it goes, mostly.

But there are a few things that can sneak in, to make your life more whole. To remind you of the positive. And, that taking things for granted or trying to put the pieces of your heart back together will be and is always a struggle you’ll have.

My kids…I know they always love me because I am a part of their every breath, I take care of them through nourishment, through lessons of life. Because I am their mom and that is comfort and it is home.

The sun rising…as it promises a new day. A chance to start again, like a reboot every morning, our bodies are charged, energized, ready to take in new information. It’s warmth and it’s shine brings that absolute awe.

A good and genuine conversation…could be with anyone. A significant other, a peer, an acquaintance. Your friend that gets you, a sibling, yourself. Sometimes being truthful to yourself can set your mind free from doubt and confusion and hatred and sadness.

A dream…real or imagined in slumber. It can open your mind to possibilities you hadn’t known existed. It can help you declutter. It can help you organize. One’s mind can race and race and race…and race, until all you see is a blur…a fucking grey blur! My dreams…I’m thankful to have some clarity after a day such as that. I won’t get all the answers but WHO EVER DOES? My dreams remind me that I’m a good person, that I have goals in mind and sight. That I’m not “just here” but actually present.

Today is a Wednesday. I had a huge fight with my husband. I am a tired mom. A friend is being aloof. My coffee is already lukewarm. The baby is sleeping soundly. My emotions get the best of me. I felt like writing these down. That’s it. That’s all it is.

Today, I feel accomplished…I cleaned the bathroom. Yesterday, I finished potting my plants and filing “important papers.” Most days, I contemplate dinner and play with the baby. I go on the internet too much and I grab a snack every time I walk through the kitchen. Oh…don’t forget naps…I ❤ naps! But, I haven't napped since Sunday so I think I'm due a few hours.

Today, I thought about how old I'm getting because I was drinking lukewarm coffee while eating a tuna sandwich (gross together) and then went and took a few bites of cold leftover spaghetti, for good measure. I also entered a few sweepstakes. See..old! It's now 2pm and the daily Florida torrential downpour has commenced. My daughter has awoken from another slumbering marathon and I can consider taking a shower with the door closed.

Today, I am so thankful for my husband, who works hard to provide for our family and lets me enjoy my time at home with the kids. I hope he stays safe and dry in the rain and gets home safely after another long day. It’s days like these where he has to work long hours and in bad weather that makes me remember how good I’ve got it. I’m dry…and safe…and comfy.

Today, I guess I’ll give him a foot massage and a hot meal. Tomorrow, well, let’s not push it.

All in all, my days are good. Unpredictable in mood, decent most times, abhorrent at others. Right now, I’m consoling a terrible-two-toddler who can’t get his way while listening to Elmo’s high pitch of a voice in the background and trying to keep my eyelids from shutting from pure exhaustion. And I’m smiling, inside, even if it’s just a little one. It has actually turned into a yawn now. I am so overdue on that nap.

When people treat you wrongly, why do you decide that it’s alright to give them a pass? To give them a chance to make it right? To ignore it and think it will not resurface? To retaliate in like kind?

When people make you angry, why do you get so hurt? Why all the emotion? Why the indifference?

It really does feel uncontrollable, inconsolable, unforgettable and all around disastrous.

You don’t want to talk to anybody but yet you want to share with anyone who can sympathize. You want a cohort in the maddening of you…so you don’t feel alone or lost or a bit crazy.

You decide to sit and fret for a bit.

You decide that you will not be bamboozled again or any longer.

Maybe a nice drink will settle your nerves. Or maybe a chocolate bar. Or a nap. Or the sunshine. A drive. The TV. Making dinner.

And you decide to let it go, because you’ve exhausted yourself.

Some days you get so annoyed that you just want to run away. Take today, for instance. The baby had a horrible night of sleep, tossing and turning in his crib, trying to hang out in my bed, back to his, back to mine. At 3 a.m. I decided maybe I should try to clear his nose (which he hates) because he’s a bit congested and I don’t know what else to do besides go sleep in HIS crib. That seemed to fix it and he was finally able to get some much needed beauty sleep…in MY bed.

Wee Willie Winkle was up and about at 9 a.m. like nothing happened. The evening was a breeze in his mind, rested and refreshed and now to commence some milk guzzling and Hot Wheels car racing along the couches.

I made him breakfast, scrambled eggs and leftover ham croquettes. I even let him have some fruit gummies on the side. Sitting at the table, with two toy cars and a hot plate of food with mommy was just not enough, though. He took a few bites and spotted the iPad. For the next five minutes, he repeatedly asked for this “ippid” while I looked at him clueless. “What do you want? Outside…The Sun…Curtains…The Door…Color…Book…WHAT???

I sounded like an idiot and he looked at me like I truly was an idiot…like, “HELLO! ipPID! Duh!”

So, I coerced another bite out of him before I would let him watch a show on it. THAT was not enough. He wanted to HOLD it. To press ALL the buttons on it OVER and OVER…

A stern “No” threw him into hysterics and he would not hear it. I closed the “ippid” and it was all over. A Terrible Two Tantrum set in complete with a vomiting of breakfast and things gooey all over him, me, my leg, the chair, the floor. As I carried him along we left a trail through the hall leading to the tub.

It was nasty. It stank. It exhausted me.

After we washed up, cleaned the trail, the floor, the chair, and I changed into another rag of a shirt, he retired to his crib in defeat. Poor thing needed more rest after all, his little body told him.

I am now on a third cup of coffee, tepid yet strong enough. I should turn on the washer. I should exercise. But, I am taking a rest, instead. It is only 11:30 a.m.

I had a conversation with my sister over the weekend and even though it was discussed in a semi-joking manner, we believe we have a family full of bipolar disorder, depression and all around mania. The symptoms are all there and the history we’ve experienced, our mother’s and our father’s behaviors, prove indeed that this must be so. I only know from various fiction and non-fiction reads and a friendship with Molly, an expert in all things psychosis-related and an old friend I only see posts of now and then on Facebook. My sister believes she is knowledgable because she has experienced a therapist and some college courses. And of course, we both have had our issues.

Getting back to the conversation with my sister, she just missed a whole week of work. She woke up and just couldn’t go. She felt ill, sick to her stomach and slept…all week. She ended up going to the doctor at the end of day three slumber and he put her back on her anxiety meds and a mild tranquilizer. I feel for her. I’ve done that so much throughout my adult life, I’m surprised I’m as “well-adjusted” as I surely am. I told her it will get better as long as she is on them. That I don’t do that anymore, not even as anxious (or so I believe). Sometimes I think I may be worse, though and I told her that, too. I think people know what I’m thinking or what my next move will be or what I haven’t done. The up and down mood swings, the obsessive cleaner and mom/wife. And then the moody and angry mom/wife. The emotions are really intense anger and frustration. The paranoia goes full swing. I’m going to blame it on possible high blood pressure which I did have briefly after my third child was born. I’m going to blame it on my husband. I’m going to blame it on my mom. I’m going to blame it on the grocery store, or Yahoo! emails or the weather. But, really, it’s probably because I’m a disorderly and that’s just it.

Now, not being a doctor or anything of the psychiatric medical profession or even that sympathetic to it all (yes, it IS tiring even to a victim…the disastrousness of it all) I have to say that it makes me sad and yet motivates me both at the same time. So, this being a short post because it was on my mind and I haven’t written in awhile because, you know, that’s how it goes in my world…I’ll obsess about how I should’ve written a few more paragraphs or what others may think or that I shouldn’t have wasted a half hour on this because someone will know I was slacking (like, who?) and I really should be doing MORE, MORE, MORE.

Ah, the paranoia of it all.

My Stories by Month 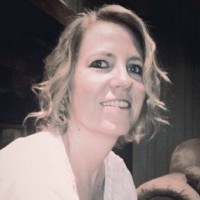 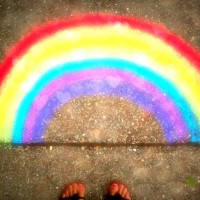 Booze.Blog : Home of the Booze Guru

“I drink and I know things.”

The little things in beauty

Welcome!! This blog is all over the place but it's made with love. It's me, my computer and my love for makeup. So let's go on an avanture <3

THE BEST OF POETRY

Illness doesn't have to define who you are

Because BECAUSE is not an answer!

The Sixpence at Her Feet
insidethelifeofmoi
delicious. by ana.
why i left my job

Because sometimes you have to be a little crazy to stay sane.

My Foray Into Food Storage

Life Through the Big Screen

A podcast where I invite guests from all walks of life to discuss their favorite movies, and we use that film as a starting point to talk about deeper issues such as faith, politics, and social issues.